Anne looked across the party room,
resting on the face of her fiance, Ben

Around her, chimney fire and voices swirled and crackled
with secrets and haunting stories of people who have lived and
died in this land over 200 years ago - the Watcher,
Sophia Shaw and General Isaac Brock.

Torn and razed to the ground, this town was
the battleground between British and Canadian soldiers,
against the invading American forces.

your face is cold but your lips
warmly scented with coffee and cream,
silky soft as the night, now quiet from gunfire burst

tomorrow is uncertain, much less dawn's light
the blustery wind is fierce, as is your ardor for
battle of our soil and water, for our Motherland

so give me the kiss of forever -
stinging bite of intoxicated bee,
lush taste of forbidden plump fruit

that i will savor again and again
on my tongue, sweet nectar and rain
on my limbs, musky earth and autumn leaves

i gather - fiery storm, impetuous clouds -
for this night, unclasp my bow, lift me up
that i will remember how strong and brave

you are, my soldier

and when they bring me your body
stone cold, gunpowder and bloody mud on your red coat of arms
i will weep

a broken petal, lost soul
along the cobbled streets and blue lake,
beseeching for your return

Morning coffee, fresh and black, warms his chest
as he waits for the service car to bring him
to the airport for an early morning flight for business

Perhaps it is the lack of sleep or too much wine
but without warning, a prickly sensation like an ice drop
on his nape, startles him into awareness that someone might be
behind him --

Ben turns around quickly but it is just
his shadow and silence of the house, circa 1809,
nestled amongst the gardens off the main tourist road
Hearing the door closing along the corridor, he calls out quickly,
probably a staff, “Thanks for the coffee.   I really appreciate it.”

But there is only the wind
now rising like sand storm, whipping the fallen leaves
into a frenzy, straining the sounds
of someone crying

Sounds are coming from the second floor,
heartbreaking in the pauses
after a moment’s hesitation, Ben goes up the stairway
leading to the bedroom where Anne is still sleeping

Midway up the steps, he feels the energy --
pull of strong currents surging past him, like someone rushing
downwards in a hurry
He is taken aback for a moment and sees a shadowy tail of
someone going towards the foyer
He follows the movements and notes that the main door
is now ajar in the cold wind,
the mist from the lake, giving the house an eerie vibe

Slowly he walks outside and sees in the murky darkness
two outlines:  back of the woman standing near the horse
and the horseman on the saddle
The blurry shapes confuse him and for a moment, he feels like an
intruder watching an intimate farewell scene - a replay of that fateful night,
200 years ago.


Quickly the horseman in coat of arms, gives a nudge to the horse and is
gone in the whirling fog, in the dark dawn, towards the main road
where his destiny and choice will collide

Ben shivers as the galloping hooves hit the dirt road, making it all too real for him.
The woman’s back is steadily looking at the horseman until he is out of sight.
Involuntarily, Ben murmurs in admiration, “He is a brave man, our hero.”

Slowly the woman's back turns towards him--
her profile now clearly visible --
she is wearing a long dark dress, cloak heavy on her shoulders, but
it is the expression on her face -- eyes --
that he will never forget.

Then in the blur, she fades in the mist

under the blood stained blankets,
your face is cold, as well as your hands
fearless soldier, hero -
you have fallen where you wanted to be –

fighting valiantly in the cannon lit dawn
one hundred yards west of the road of Queenston
leading the battle of 49th men,
not caring of your personal safety

your voice a bold call to arms
thundering like hard rain in hearts of the enemies
you stood on the crest, fatally wounded,
until your heart broke into a thousand pieces

falling down on autumn leaves, moistened tears
and trampled heads of wild-flowers,
you lay in the organ notes of the battle, shouts
and shrill-war cries of the Mohawks

I wept under my heavy black veil,
For all the days that could have been
For all the children that you and I could have raised
And the willow trees wept along with me

Ben opens the car door to help Anne in the backseat of their mini-van.

After the fateful encounter with the ghosts, Ben had gone up
to check on Anne, who was still sleeping in the bed.
Though they made plans of getting married next year,
the specter of death and separation became heavy in his heart.
The face of the woman haunted him-- no, he decided not tell Anne
nor anyone what happened to him.
Instead he prayed silently - a vow - that he will try his best
to make her happy --
every single day and moment of their lives.

“It’s so beautiful here.”  Anne said, gazing at the autumn leaves and blooms.
“Yes, it is.”  Ben smiles, marveling at joy and serenity on her face.

She had insisted in visiting the manor house again on their way to Niagara Falls.
“After all this is where he was conceived.”

He is their baby boy, sleeping contently in her arms. 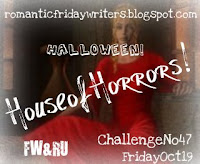 
Loosely based on love story of Sophia Shaw and General Issac Brock.   Brock was the great general of the British, and the most important strategist for Upper Canada's resistance against the Americans.  They were devoted to each other but Lady Sophia's parents refused to allow their marriage. Though an elegant hero Brock was not born of nobility. Their affair continued and General Brock swore he would return to marry her. Tragically, the general was killed in battle on October 1812.     Sophia never recovered and stayed true to Brock, never marrying. For those final few years, people in town did not see Sophia.  Instead they would only hear her cries from a second floor bedroom in Brockamour.  She is commonly spotted wandering the halls of the manor house crying in despair, longing for the man she loved. Her sobs are heard reverberating throughout Queen Street, giving her the name "Sobbing Sophia."  Source

More on the Ghosts of Niagara-on-the Lake here

Picture from the Movie -Pride and Prejudice
Posted by Scarlet at 20:11