he smelled her even from afar,
perfect blend of sweetness and
unbloomed rebellion in her blood,
a model daughter, pale and meek

until he danced with her:  bubbling wine
on glass, belly laughter deep as sea,
crumbling his polite facade until
all he could think of was just her scent

rich spice,  unlike the bland lineage of
her wealthy family, who nosed down on his
humble roots, brown as mother earth
but his words were gifted, pulsing her chest

until wrists trembled to be freed
from family's expecatations and promises,
penning a letter, she left her home on the day
of his birthday, riding a plane out of town

she bore the costs of her elopement:
lost inheritance, empty mailboxes,
rough hands from daily chores and grind,
silencing wild streak:   an outcast until

the birth of her daughter, bleeding
and near death, she calmly accepted her fate as
a wayward daughter, now a frail slip of a woman,
unlike her mother, strong as a rock, holding her hands

forgiving and welcoming her back into the fold:

a model daughter, pale and meek 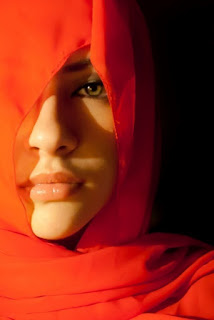 Posted for:  D'verse Poets Pub:   Poetics: The art of rebellion
I thought a real life story would be a good example for this prompt hosted by Stu McPherson.  Thanks for the visit ~